This website uses cookies in order to give you the best experience when using it. If you continue to use this site, we'll assume that you're happy to receive all cookies.

Species of the month

Every month it is our aim to highlight a species that is “in-season” and, although not necessarily rare or difficult to identify, has been highlighted by our local recording groups as being somewhat under-recorded and for which new records would therefore be welcomed.

If you or your recording group are aware of species such as this then please contact Bob Foreman.
Warning: Use of undefined constant Y - assumed 'Y' (this will throw an Error in a future version of PHP) in /home/sxbrcgis/sxbrc.org.uk/recording/rotmArchive.php on line 17

Warning: Use of undefined constant n - assumed 'n' (this will throw an Error in a future version of PHP) in /home/sxbrcgis/sxbrc.org.uk/recording/rotmArchive.php on line 18 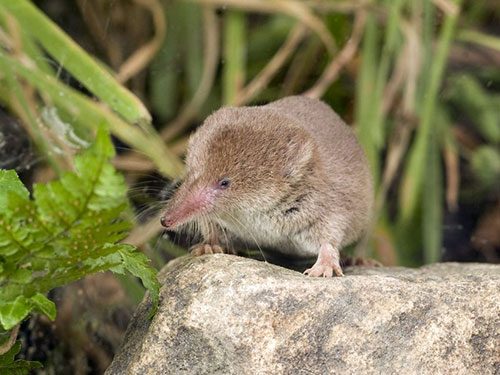 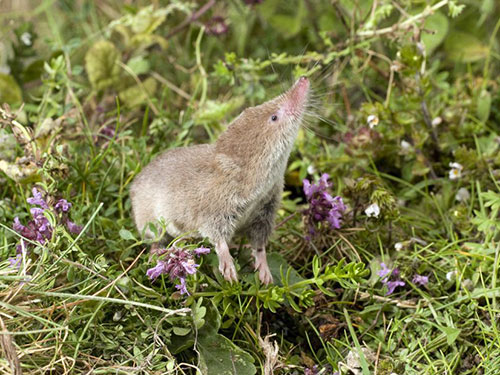 The evolution of modern-day shrews extends back almost unchanged for more than 48 million years. They're an incredibly successful group, belonging to an ancient lineage of insectivorous mammals, some of which were remarkably 'shrew-like' and shared the planet's surface with the mighty Dinosaurs of the Jurassic. The Common Shrew Sorex araneus lives up to its name, the most abundant member of its family, found typically in woodland, grassland and hedgerows in significant densities. Their frenetic but elusive nature rarely offers us more than a glimpse of them, but they are in fact our second most numerous mammal after the Field Vole Microtus agrestis (excluding urban rodents), with estimates of between twenty and fifty living within an area the size of a football pitch. Their prehistoric ancestry has left them with a rather unspecialised body plan and some primitive features including poor eyesight and the retainment of a cloaca, a single posterior outlet for the digestive, reproductive and urinary tract. This is markedly different from all placental mammals and is shared by birds, reptiles, amphibians and cartilaginous fish.

The solitary and bad-tempered Common Shrew is rather diminutive, usually weighing in somewhere between a 10 pence and £2 coin. They may be tiny, but don't let that fool you for they're one of our most voracious predators, a fierce fizzing ball of unstoppable energy. Their little hearts may beat at between 500-1000 beats per minute and they live life at a furious pace. A large surface area to volume ratio means they can't retain heat for long, so to stay warm they have a considerable metabolic rate and short life-span. They'll rarely survive much beyond a year. Their supercharged metabolism sees them in almost perpetual motion, day and night, taking just short naps before resuming their necessity to eat. And boy do they need to eat. The Common Shrew's life is quite simply dominated by food, for it must feed every two to three hours and eat almost its own body weight each and every day, a disturbing thought when extrapolated into human terms. They'll munch their way through insects, spiders (arachnids), worms (annelids) and slugs and snails (molluscs) sometimes tackling prey even longer than themselves. Their manic lifestyle and low fat reserves leave them unable to hibernate during the depths of winter - somewhat remarkably their body size, major organs and brain will all shrink, a helpful method of reducing their energy requirements.

Though some aspects of the Common Shrew's anatomy are primitive, they happen to have decent hearing and employ both a superb sense of smell and acute sense of touch, courtesy of a lengthy nose and super sensitive whiskers, known as vibrissae. The shrew's olfactory lobes (relating to smell) are notable, guiding it whilst it explores and probes its territory, the flexible nose working in a frenzy until the whiskers brush a potential item of prey. Incredibly, they have an additional trick up their mammalian sleeves for they produce ultrasound, helping them navigate their natural micro-world in the same manner as a bat. The aggressively territorial shrew may emit ultrasonic sounds when fighting, courting, when agitated and possibly even when hunting - spring and summer are the perfect time to listen for high-pitched twittering from the hedgerow. Shrews have many predators but are often found dead and abandoned owing to a rather repellant liquid secreted from glands on their skin. In their short lives, the polyandrous female will mate with multiple males and may yield up to four litters. Once a few weeks old a shrew family may relocate through the amusing process of 'caravanning', where the young grasp the tail of the preceding shrew and follow their mother, forming a 'chain-like' interpretation of a favourite British pastime.

Should you happen to see a shrew, how do you know if it's definitely a Common? This is a remarkably good question, for the Common Shrew is actually just one of three shrew species that you might spot on the British mainland. Excusing the larger and much darker Water Shrew Neomys fodiens, the main point of confusion will be with the diminutive Pygmy Shrew Sorex minutus. In actuality there are a few key points that'll aid differentiation. The Common Shrew has more typically tri-coloured fur - a darker back, slightly paler flanks and a pale belly. The Pygmy Shrew is bi-coloured - with a medium brown back and pale belly. They are also only two thirds the size of the larger Common Shrew, with a longer tail in relation to their body size. Think 6-8cm for a Common with a tail half that length. Compare this to a Pygmy at 4-6cm with a tail two thirds the length. Of course, there's always going to be some crossover, but with a decent view the differences should be apparent.

Please submit any sightings of Shrews (Common or otherwise!), with photos if possible to iRecord.